You are here: Home1 / Andy Fine 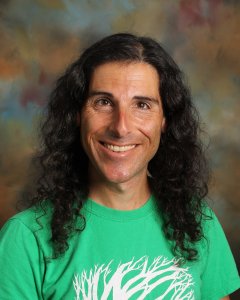 Andy Fine is an English teacher at Lane Tech College Prep High School where he served as the debate teacher and head debate coach from 2011 – 2021. During his time coaching at Lane, Fine led a nationally recognized debate team to two novice and two varsity City Championship titles, two JV State Championship titles, two NAUDL Championship titles, and three Tournaments of Champions. He served as a four-year elected representative to Chicago Debates Coaches Council, was a two-time Golden Gavel Finalist for Excellence in Coaching Debate, and was the inaugural recipient of the W.E. Sanders Award for exemplary dedication, patience, leadership, character, selflessness, and love of teaching and debate.

What Fine is most proud of from his debate coaching career is building a team philosophy that values the whole debater – beyond simply winning and competition – but, more importantly, focuses on teaching character to his team with passion, kindness, and love. Since retiring as head debate coach, Fine has transferred his passion for creating positive change surrounding social justice and human rights issues into a new course he created and teaches at Lane called Litrary Activism where Fine remains committed to helping his students grow into thoughtful adults with integrity who will change the world for the better.