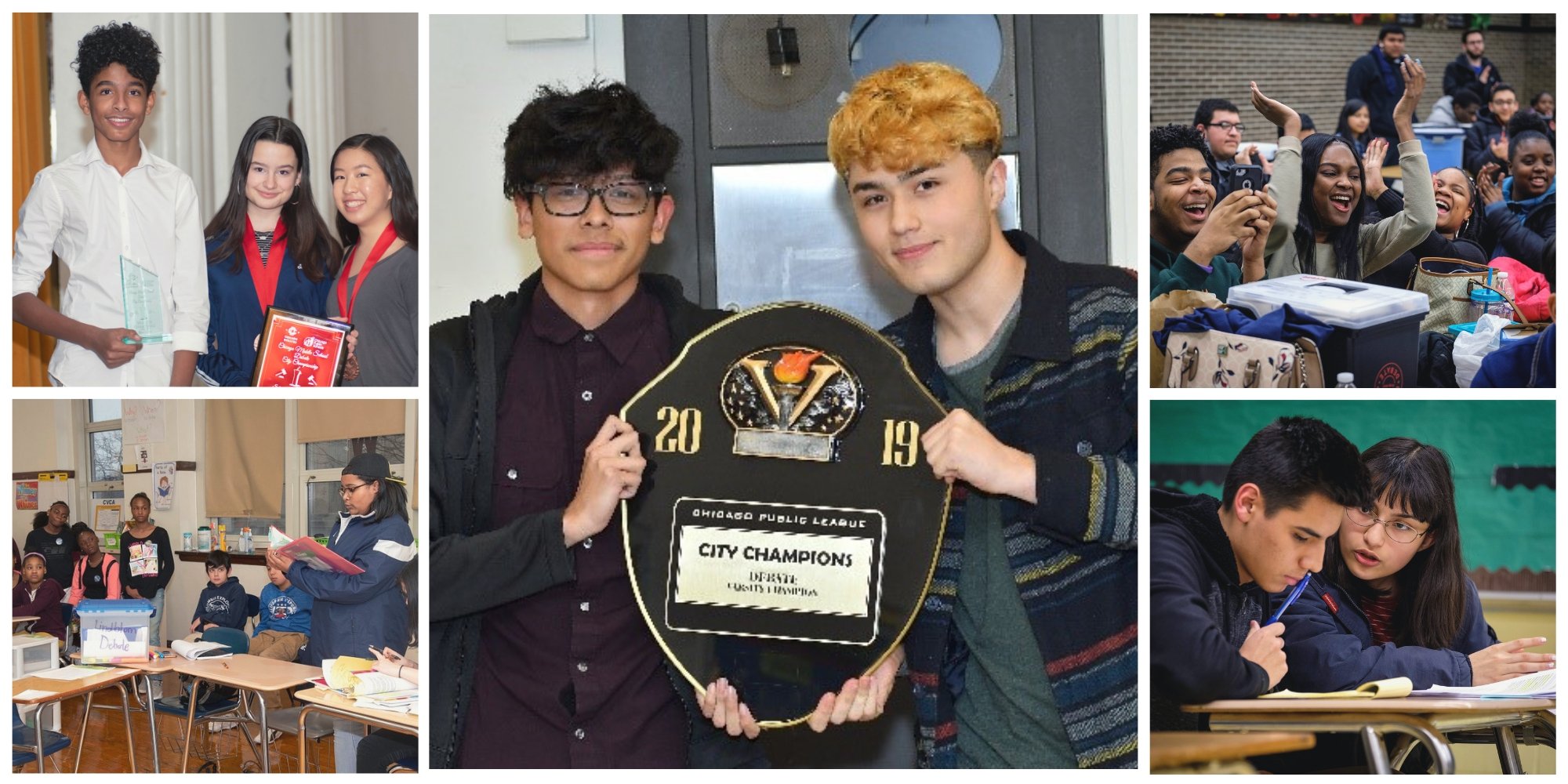 Wow! This past debate season was busy.

18 new schools joined our program this year, and thanks to our community of supporters, we were able to support 92 schools across Chicago. This growth is part of a larger plan for our organization that has seen 48 new schools added over the course of two years, with the ultimate goal of bringing the benefits of debate to nearly 100 schools by 2020. However, the thing we are proudest of is not the amount of schools we’ve added to our program, but who we’ve been able to serve.

While debate has long been offered to students from affluent backgrounds, our mission is to bring debate to students who otherwise would not have access to its benefits. This year, 80% of our debaters came from low-income homes. Out of the 22 urban debate leagues across the country, we served the highest percentage of Title I schools, meaning 50% or more of their students were receiving free or reduced lunch. As we concentrated our biggest growth in middle schools this year, seeing a 24% increase, we targeted neighborhood schools in under-served communities that needed us the most.

In the Middle School City Championship, the winners included a novice team from Bell Elementary, a junior varsity team from Lincoln Elementary, and a varsity team from South Loop Elementary. In addition to the Title wins, there were also major victories for some of the new schools this year. Brighton Park, having just joined our program, went undefeated in all four preliminary rounds, making them the only school that was not in the top A Conference to go undefeated at the tournament.

We could not be more grateful for the community of students, coaches, volunteers and donors who made this season such a success. The work we were able to accomplish only makes us more excited to see what is in store next year!

While this season is in the books, know our work is not done. We hope to see some of you at the Chicago Debates Summer Institute set to begin in a few weeks!