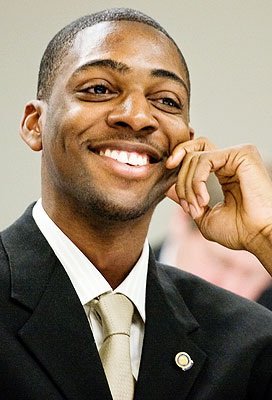 The two years I debated for Whitney Young High School provided me with some of the most exciting and intense academic experiences of my life. Nothing during college could quite recreate that intellectual rush, so I co-founded a policy debate team at the University of Illinois at Urbana-Champaign. After competing collegiately for four years, I ended my career as an All-American Debater.

Debate equipped me with the advocacy skills to make a difference. Debate allowed me to construct a vision for change and then vigorously defend that ideal with concrete policy action. This cultivated my passion for using the law as an instrument for change and I graduated with my Juris Doctorate from Northwestern University School of Law.

Debate also taught me the role effective advocacy can play in the resolution of leading international issues and I expanded my inner city scope to global proportions. After college, I served as an academic debate consultant for the United States Agency for International Development in Liberia. I also coached Nigeria’s national debate team to the Pan-African University Championships in Zimbabwe.

I am now pursuing a career in African development in my position as the Senior Aide to the Nigerian Governor. Debate changed my life. I am now using what I gained in debate to help transform the lives of others around the world. I could not be more thankful to those who support the Chicago Debate Commission.