Chicago Debates is about to go into another year of growth. Following the addition of over 20 new schools last year, the organization has already added 11 more for the 2019-20 school year. With each new school, there is a teacher learning how to coach debate, most for the first time. We wanted to talk to someone who knows first-hand how hard that task can be, but came through stronger and more prepared for the year at hand. 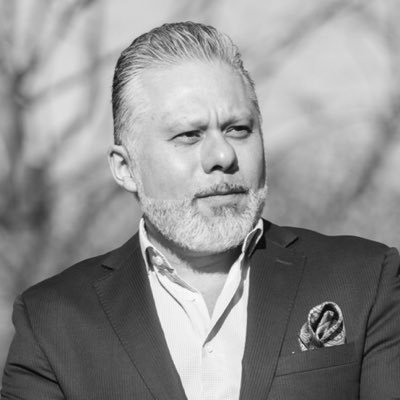 Ray Salazar was in his twenty-third year of teaching when a new challenge presented itself – coaching policy debate. He was not a former debater, but would have liked to have had the opportunity as a CPS student back in the 80s. When Hancock High School joined Chicago Debates last year and decided to start a debate team, Salazar saw it as a way to challenge himself and help his students. “It aligned with my social consciousness as an educator, and the importance I find in empowering student voices.”

Salazar signed up to coach with only a few weeks before the first tournament. Similar to first-time debaters, he described his first year as nonstop and overwhelming in a valuable way. “Being a debate coach puts me back in the learner role. I really had to think about what to listen to, what to retain, what questions to ask, and finding a balance between being a learner, being proactive, and just taking a risk.” In addition to the support he received from Chicago Debates’ staff, it was two JV debaters on the team who Salazar credits with helping him get oriented to policy debate. Ruben and Adrian were juniors who had debated in middle school. They were able to take the lead, teaching him things like terminology and how to navigate through the online resources.

As he looks ahead to his second year of coaching, Salazar already feels much more prepared. One reason for that confidence was a week-long coach training course offered at our Chicago Debates Summer Institute. The training, led by Caitlin Miller, helped Salazar develop a structure and order to what the students need to learn. “I actually have a plan for the six weeks before the first tournament! And thanks to Caitlin, I have figured out exactly what needs to happen at each practice.”

The week-long course offered more than just a learning plan, according to Salazar. “What I appreciated about going to the CDSI [training] is there really is a supportive community among the debate coaches.” It is from that community of coaches where Salazar received the same advice he wanted to pass on to first-time coaches. It came from a seasoned Northside coach who advised, “you don’t have to read the whole case, just understand the general concepts, and let the kids do most of the work.” That’s helped Salazar as he prepares for the new topic of arms sales this year.

Salazar has two more pieces of advice for first-time coaches. On a practical level, he stresses how important it is to learn the terminology, and connect each piece of information back to those corresponding categories. His final word of advice is to help students understand that it is okay to lose. “So much of debate is not about winning or losing, but about getting up there with confidence and engaging with others in an intellectual way. That carries so much value.”