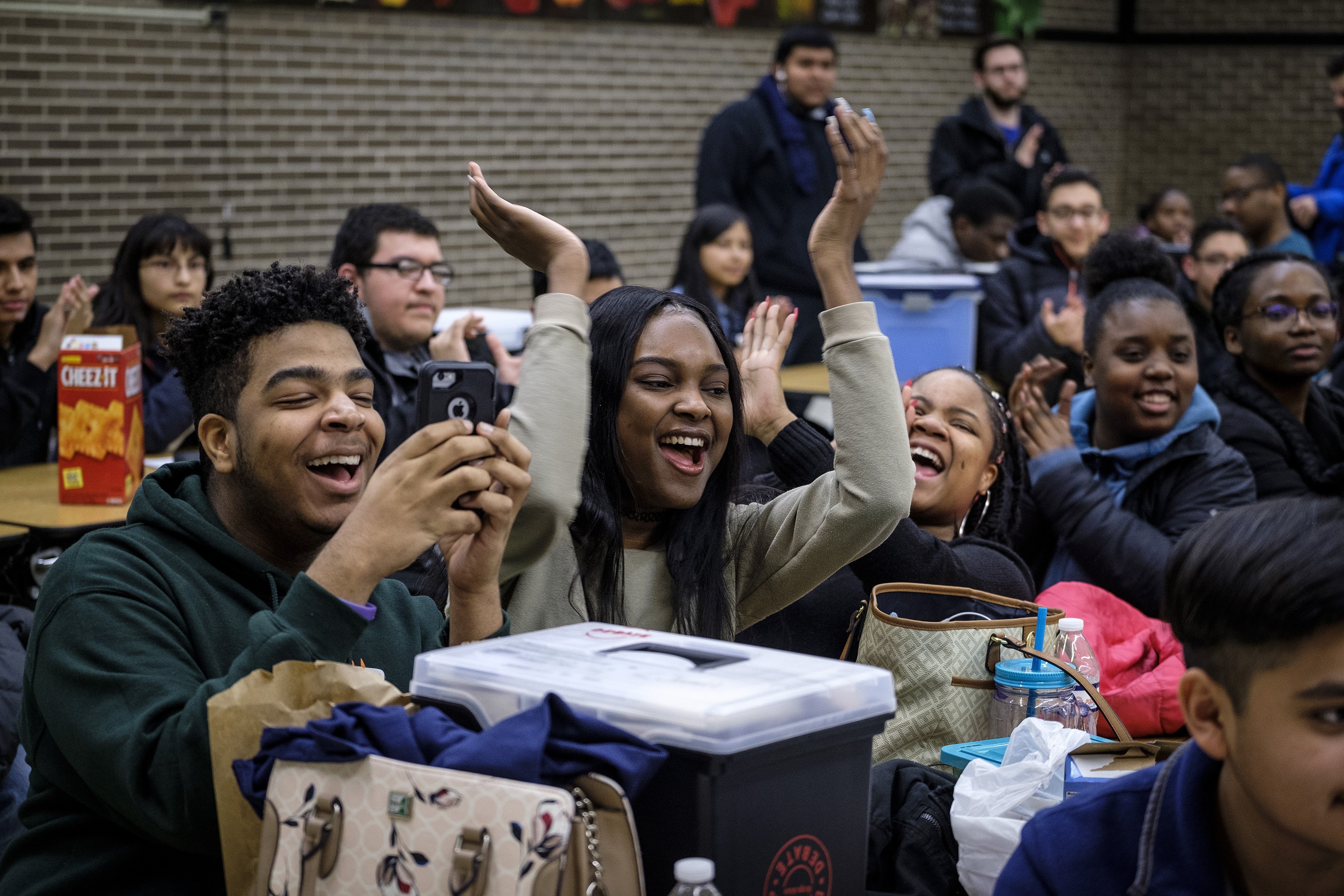 Walking into the White Conference Championship, it’s clear these students are now seasoned debaters. It’s the fifth tournament of the year and this is the last chance for students to debate in the regular season before qualified debaters move on to the City Championship. Talking to debaters at every level, it is clear they are all ending the year better than they started.

“The first tournament was fun because it was everyone’s first time, so we were all on the same page,” explained Taniya, a novice from Brooks. “But as the tournaments progressed, teams got more competitive. They challenged me and made me grow as a person. I’ve learned so much from them.”

When Nyla and Noyee, a novice team from Kenwood first started, it seemed like the Affirmative was an easier side to argue. “Trying to argue against the Affirmative felt like we were opposing everything that could be good for the country. Just anti-everything.” However, once they started to approach the Negative side as an opportunity to give constructive criticism and advocate for important issues, they not only fell in love with the Neg, they started winning tournaments. Now, when faced with an Affirmative arguing for open borders, they aren’t taking an anti-immigrant stance, they’re focused on stagnating wages.

This type of constant learning has an impact. Every debater that was interviewed expressed that debate not only improved their academics, it also gave them a voice. Whether it was a grade boost in their English class or connecting a debate topic to a lesson in AP History – debate is deeply intertwined in their learning process. It has also given them the tools to examine the world around them and the confidence to speak out about what they believe in.

Kat and Dailyn, two varsity captains from Lindbloom, are proud that they have not only participated in activism around school funding and a walk-out protesting Van Dyke – but as debaters, they are making sure people actually listen. “Debate helped us figure out what to do with the protests, so we wouldn’t be dismissed.”

More than anything, though, it is the competition and friendships at other schools that keep students coming back. “Chicago students don’t always get the chance to explore outside of their school, but with debate we are all in the same League,” says Dailyn. “We argue, then we get out and go eat our food together. It’s really become a safe space.”