You are here: Home1 / Devin Irish 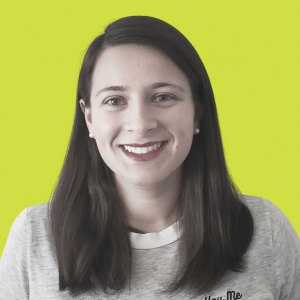 In this role, Devin is the CEO of developing and empowering coaches. As part of the Program Team, Devin works closely with coaches to understand their unique needs and create solutions that leave coaches feeling empowered, supported, and excited to jump into the world of debate.

Before joining Chicago Debates, Devin served as a Cognitive Behavior Intervention Program facilitator for a maximum-security institution in Nashville, Tennessee. In this role, she often used debate as a therapeutic tool to empower incarcerated individuals and help them learn critical communication and organizational skills. She holds a Bachelor of Arts in Political Science from Middle Tennessee State University and a Master of Education in Community Development and Action from Vanderbilt University.

As a debater, Devin competed in tournaments across ten states and contributed to five top national awards: a regional title; two Tennessee State Titles, as well as numerous individual titles including 1st Place Speaker at the 2018 TIPDA National Tournament. She also organized and participated in numerous exhibition debates with the Irish Times National Debate champions and is a member of the National Debate Honor Society, Pi Kappa Delta.

Devin has long believed in the transformative power of debate, and is excited to have the opportunity to turn that passion into a career. In her time away from Chicago Debates, Devin loves to spend time with her three cats and her fiancé, play Dungeons & Dragons, and explore Chicago!