You are here: Home1 / Edie Canter 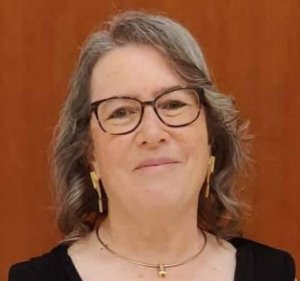 Edie Canter has worked in nonprofit leadership and consulting for 23 years, following over 15 years of law practice in complex litigation. Currently the president of Canter Strategies, Edie has served as consultant to dozens of nonprofits, in the areas of nonprofit management, strategy, fundraising, and interim leadership. Prior to forming Canter Strategies, Edie was proud to serve as Executive Director of Chicago Debates from 2011-2018 and Director of Development of Leadership Greater Chicago from
2007-2011.

In recent years, Edie has undertaken interim leadership roles at Erie Family Health Centers, National Immigrant Justice Center, and The Boulevard of Chicago. As a volunteer, Edie serves on the Board of National Immigrant Justice Center, chaired the Princeton Prize in Race Relations, and has served in leadership on immigrant justice, anti-racism, strategic planning, and education task forces at Jewish Reconstructionist Congregation. Edie received her undergraduate degree in public and
international affairs from Princeton University in 1980 and her J.D. from Boston University School of Law in 1984. She resides in Chicago with her husband Fred Wellisch.