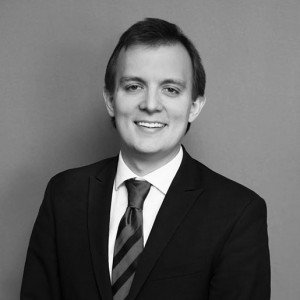 More than fifteen years have passed since I last debated in the CDL, but I carry the experience with me each and every day. Looking back, I realize that debate gave me the analytical and rhetorical tools to succeed. And it profoundly shaped who I am today.

During my debate years, two of the resolutions focused on privacy and education. It is no coincidence that I now practice as a technology lawyer who maintains a strong interest in information privacy; besides that, I am a former teacher who carries a passion for education reform and policy.

But beyond my substantive interests, I am most thankful for the power of debate to teach me and other students—particularly students from underserved communities—that it is possible to have a voice outside of your community. Through debate, my world expanded. The CDL brought me to the hallowed halls of Northwestern University for a summer at Coon Hardy’s debate institute; allowed me to pursue a law degree at Yale Law School; and gave me the confidence to advocate effectively for what I believe in, both in the Federal Courts and in day-to-day life. None of that would have happened without my experience as a high school debater.

Since my time in the league, the CDL has only grown stronger and more competitive. When the league was relatively young, we were routinely pummeled by the surrounding suburban competition. Today, the league is competitive both regionally and nationally. Many of my fellow CDL alumni are doing remarkable things—some are doctors, others are lawyers like me, and others are local and national leaders. I have no doubt that the current crop of students will do even more remarkable things.

Right now, debate plays an even more vital function: Americans are more polarized and divided than ever. While in retrospect we may have spoken a bit too fast during those debate rounds (and I still sometimes do!), we learned how to thoughtfully and logically discuss the important issues of the day. We learned to see issues from multiple angles, appreciate a diversity of perspectives, and have constructive conversations. Those skills are sorely needed right now. And I have no doubt that the CDL will continue to provide them to Chicago Public School students for years to come.