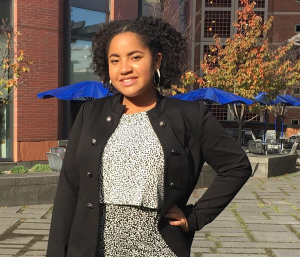 As someone who was a debater for all four years of high school, I am familiar with the rigors of a speech activity. From staying up late cutting files to the actual stress of competition, I experienced it all. This is a story that resonates with most debaters, whether you compete at solely the local level or even the national level. But being a debater also forced me to learn to evaluate my beliefs and what I thought about the world. I truly believe that one of the things any debater can take away from debate is an ability to determine for themselves what they truly believe. Whether it be about the ethicality of capitalism or about the efficacy of the Trans-Pacific Partnership, debate has given me a better sense of self.

Coming from one of the most segregated cities in the country, Chicago students are at a disadvantage when it comes to facing perspectives different than ones with which we agree. The ability to empathize and learn about differing viewpoints has helped me with my pursuit of a dual degree in International Studies and Business at the University of Pennsylvania. I am currently a freshman in the Huntsman dual degree program in these two fields of study. It’s a program that attracts students from around the world, from Rabat to Chengdu to Sao Paolo. Our motto is “Two Degrees, One Global Education,” and I truly believe the program embodies that. Debate has prepared me to interact with people different than myself.

I believe that whenever people are put into unfamiliar situations, their first reaction is to reject the new “intrusion” into their world. In actuality, what is often misconstrued as bizarre or weird is truly just a different perspective. I think this perspective would serve me well when being a guest in someone else’s country. If I were to encounter something that I perceive as different, whether it is a political viewpoint, social norm, or something as simple as food etiquette, I would make sure that my first reaction is not to judge. I can broaden my horizons and cultural awareness through stopping and listening to another perspective. This is a skill that I think I uniquely possess due to my high school experience as a debater.

In order to be a good debater, you have to understand arguments from multiple viewpoints without including your own personal bias. As someone who hopes to work abroad in China, I would be able to apply this skill to my everyday life while in China. Something that can also help with avoiding negative reactions is to remember that the people in my host country could be thinking the same thing about me and my culture.

Keeping in mind, however, that everyone has different understandings of normality is important to bridging cultural differences. Differences do not make one way of thought more correct than another, they just mean that we have differences that we can learn about in an open and honest environment. I also think that although we have differences, the locus points for all cultures are values with which we can all resonate. Chinese values like filial piety are often misunderstood in American culture as being anti-modern and antiquated. However, once we take the time to listen and learn more about Chinese culture, we can understand that truly at the heart of concepts like filial piety is respect for your parents’ sacrifices. American culture and Chinese culture might have different outward manifestations of that value, but the high reverence of such a value is what ultimately is most important when bridging cultural differences.

While the “education” and “advocacy skills” are things people often boast about debate imparting onto students, the most important thing I have learned from debate is to understand different viewpoints. Even if I disagree, having an understanding of the basis of someone else’s politics is the first step to reconciliation of those beliefs.