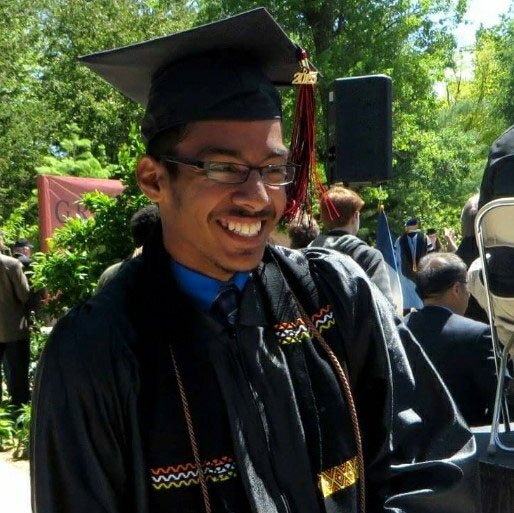 In 2007 I joined the Kelly High School Debate Program for two reasons: my sister was already a Kelly debater, and I knew debate would help me with my confidence and get me into college. Under the guidance and assistance of Ms. Jen Nolan, Mr. Scott Dodsworth, John Connor, and Claire McKinney – the Kelly Debate program became a strong family and support network.

My debate years were filled with many tears: tears of happiness and disappointment. My very first tournament and my very last are the two most profound memories that I have about debate. My freshman year after completing my first tournament, I cried in front of Jen Nolan and the rest of the Kelly debate team. I cried because I felt like a failure. My teammate and I only won one round, which happened to be a bye round. As time went on, my debate skills improved, though not without a bit of crying here and there.

Fast forward to my last year of debate, both a humbling and profound year. The Kelly Debate team did not have enough funds to hire coaches, so it was up to the more experienced debaters to create research files the whole team could use. My partner and I won a tournament, won some medals and even broke (or, qualified, for the non-debaters) at a lot of tournaments. However, there is one tournament that I will both cherish and truly remember. During our Conference Championship, my partner and I made it to the quarterfinals. When the decision was read 2-1 in favor of my team, I, of course, cried. However, this time I was crying for a different reason than I did my freshmen year. In that moment, I felt an overwhelming sense of accomplishment. I also knew I had a strong debate family to support me whenever I needed them.

While debate can be about winning awards and gaining recognition for your achievements, it was only after I graduated college and started coaching high school debate myself that I realized the great platform that Chicago Debate provides for High School and Middle School students. Debate helps students develop a craft that will be valuable in any career field.

I joined a career field most Policy debaters have not ventured into. In 2016, I decided to join the US Air Force. My family was surprised of my decision to join the armed forces, especially since I had a college degree. Before I joined, I naturally created a risk benefit analysis chart – like I learned in debate – to weigh reasons for joining the armed forces and reasons not to join.

I think my job in the Air Force is similar to the beginning of the debate season. We must first research the fundamentals of the topic. We need to know the actors and identify the problems to be solved. Then we need to read, learn and understand the various approaches to the problems, their advantages, disadvantages, critiques and alternatives – just as in debate we argued the politics DA, afro-pessimism K, EU CP, etc. Then, we put all that foundational work into practice by utilizing the information we learned to argue our points. Although I am not in front of a debate judge arguing why the United States Federal Government should substantially increase funding for education, I am using my debate skills to provide information and make a case to my superiors. I would not have those skills without my experience in debate.