Chicago Debates is proud to be one of only five urban debate leagues selected by the National Association for Urban Debate Leagues (NAUDL) to host an all-new public debate event: the I RESOLVE Public Debate Series.

I RESOLVE showcases the power of high school debate for a public audience while exploring some of the most pressing issues in our society through the perspective, voice and values of the next generation of leaders–high school debaters.

In the I RESOLVE debates, high school students will debate issues of criminal justice reform, which is both the topic of the 2020-2021 policy debate season and a subject of one of the most important social dialogues of our day. 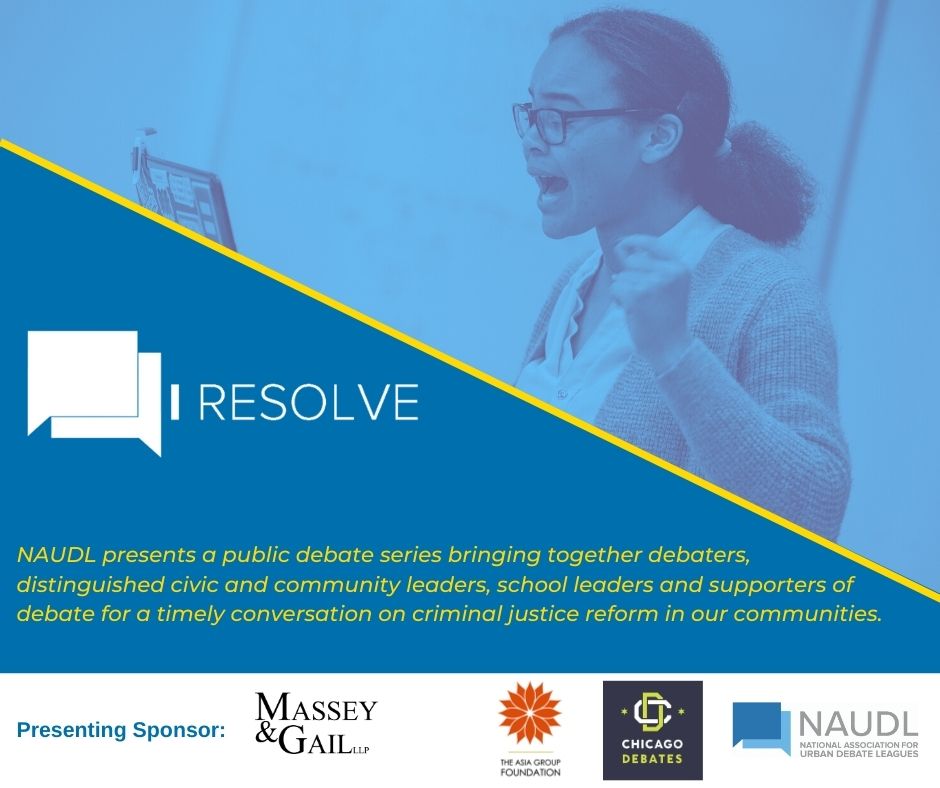 Register for I RESOLVE

Students will debate in front of government and community leaders, who will provide feedback on their arguments, and then participate in a Q&A session on defining the relationship between our community and its government.