“Chicago Debates is a great program that encourages young kids to stand up and rely on themselves,” said Wintrust Founder & CEO Edward J. Wehmer. “That’s an invaluable skill to learn and why Wintrust wanted to be involved with Chicago Debates. Debate is hard. Learning these skills now sets these kids up for success moving forward. As a bank that’s working to help build a stronger Chicago, this is just the type of program we’re proud to get behind.” 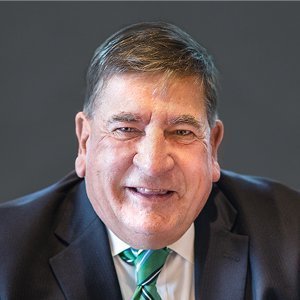 Ed is the Founder and Chief Executive Officer of Wintrust (Nasdaq: WTFC). Founded in 1991, Wintrust is a financial services holding company, based in Rosemont, Illinois, and is currently the second largest bank group headquartered in the state. Ed is a member and lead independent director of the board of directors of Stepan Company (NYSE) in Northfield, IL. He also serves as Chairman of the Board of Northwestern Memorial Foundation at Northwestern Medicine, on the audit committee of Northwestern Memorial Health Care, is a trustee for Lurie Children’s Hospital and Foundation, Vice Chair on the Board of the Finance Committee of the Archdiocese of Chicago, and a director of The Catholic Extension Society of America.  Ed is also a graduate of Georgetown University and a Certified Public Accountant.

Check out all of our past Luncheon Honorees