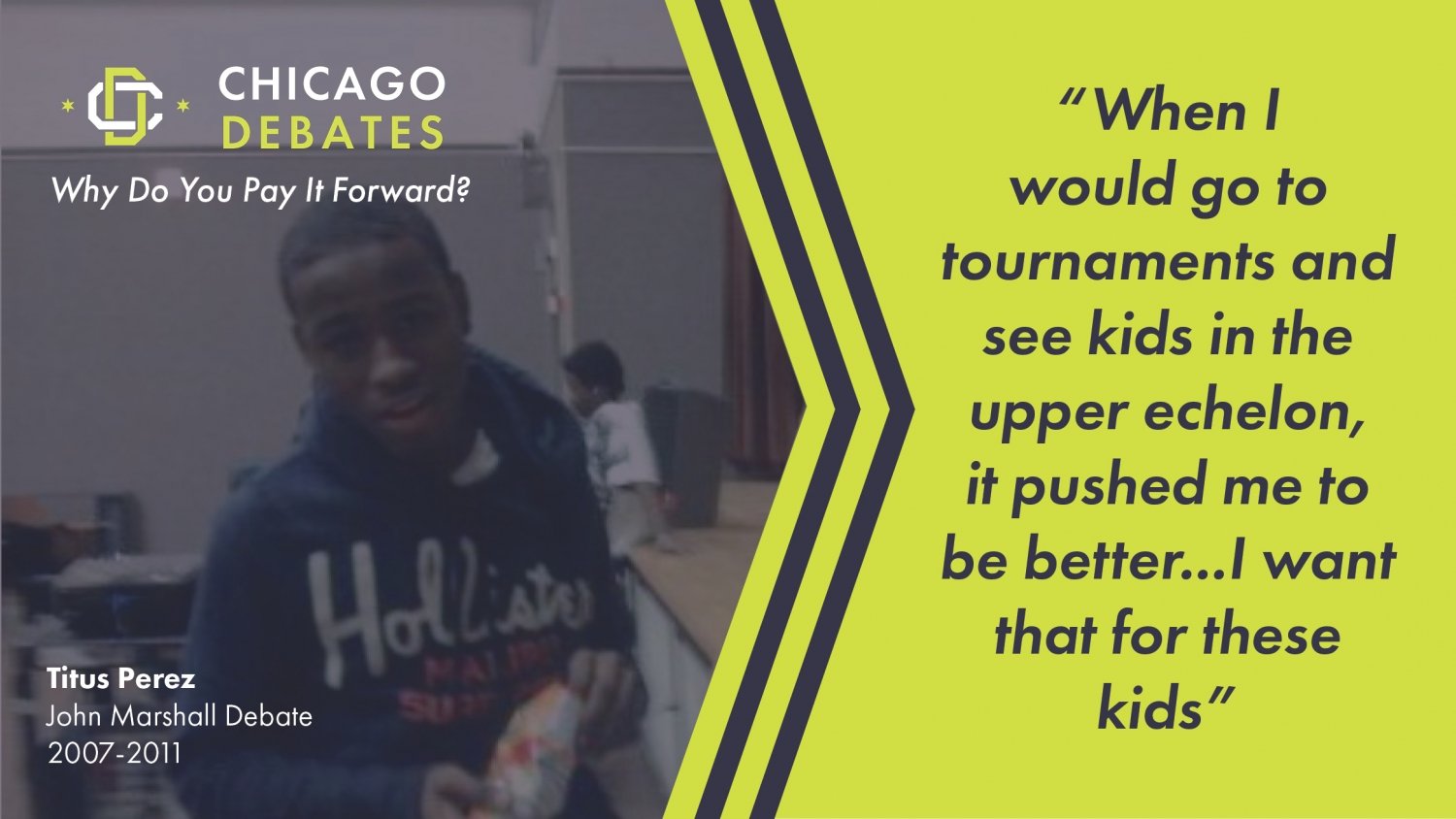 Titus Perez joined debate at John Marshall when his favorite teacher recruited him. He took to it immediately, enjoying the back and forth of arguments and digging through the research. Better than the challenge of winning was the chemistry he was able to share with his partner. “I got to work with my best friend.”

Now with some perspective, Titus sees the research and intellectual rigor that debate demanded of him as key to his success in college and career. “When I was in the college classroom studying, it shocked me how prepared I was – being able to study one subject after another. That mental fatigue never kicked in for me like it did with other students. The way debate prepares you – still being able to speak after five rounds – that was invaluable. High school couldn’t teach that, there’s not enough time in the day.”

Since graduating from college in May, Titus has returned to Chicago to work in the athletic department of Foundations College Prep. It took him no time at all to reach back out to his old debate coach to see what he needed to do to start a team.

“I grew up in an impoverished neighborhood. I understand the reaction of, ‘Debate?? No way!’ But I want to show them they can be on the same level as all the kids who are already participating in debate,” Titus explains. “When I would go to tournaments and see kids in the upper echelon, it pushed me to be better. And I took that back to my classes. So I want that for these kids, to see they aren’t behind the kid at Whitney Young. They’re just as smart and driven.”

Putting it another way, Titus says “whether it’s your money or time, paying it forward shows that you still value what you used to do.”

Join Titus and hundreds of other alumni who understand the value of debate with a gift today, and then share why you #PayItForward