How Debate Became a Tool of Self-Expression for Briaija Levi 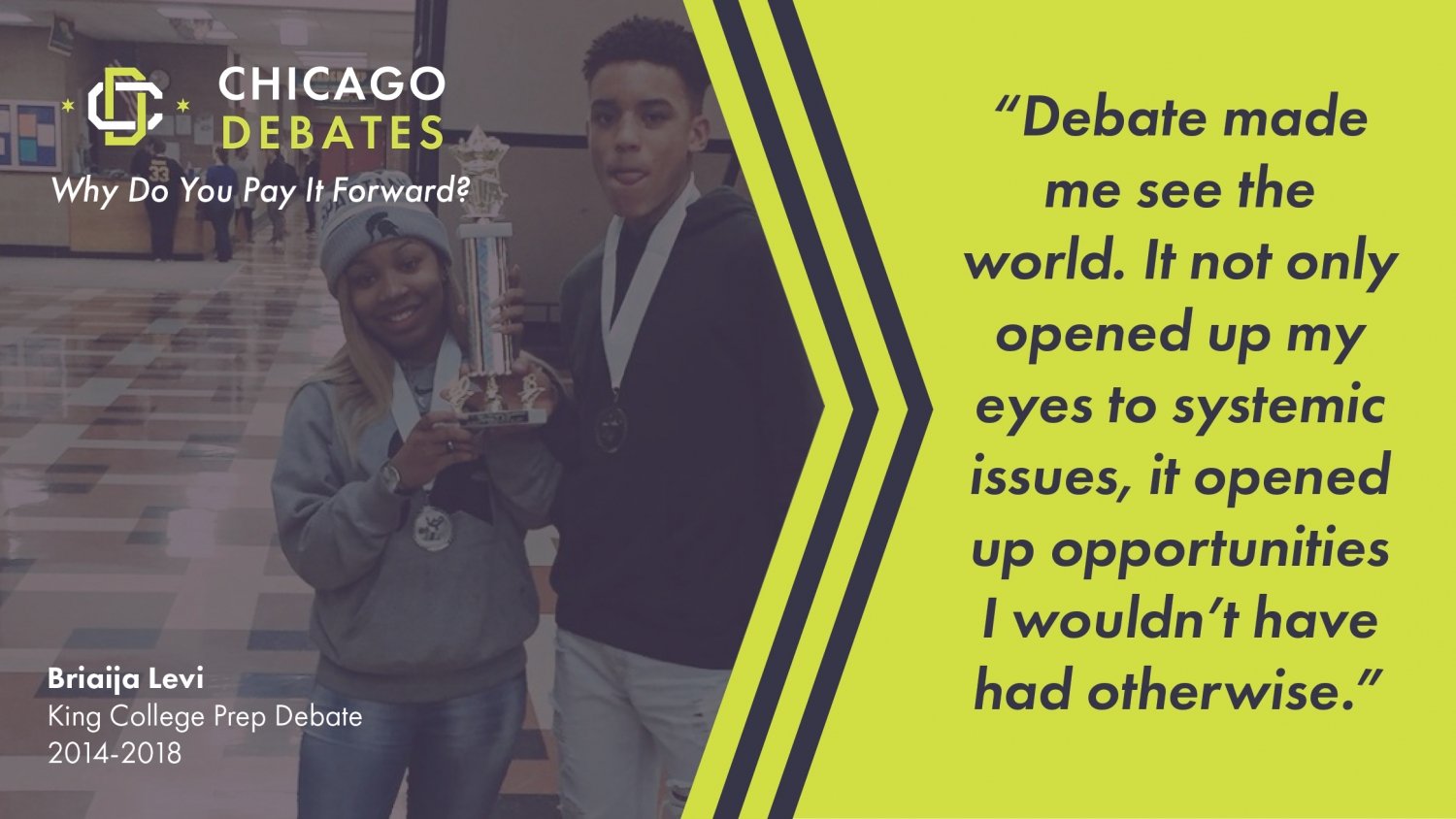 Briaija Levi, or Bri as her friends call her, joined debate in 7th grade and loved it so much she didn’t stop until she graduated from King College Prep in 2018. It was an easy decision to make since she liked to argue and talk a lot. She quickly found a place that helped develop her ideas and sense of the world, exposing her to issues not many middle school students are aware of – like immigration and infrastructure. The need to argue both sides not only helped Bri develop critical thinking, it gave her a sense of what was right and wrong.

As she got into high school, debate’s meaning changed for Bri. “In high school I used debate as a tool of self-expression and identity. For me it was a journey discovering how my identity is relevant to politics and other issues.” It was there that Bri started running arguments known as kritiks, or k debate. This more critical approach often disregards the stated topic of a round, and targets the systemic issues at the root of it.

Bri took that social justice perspective with her to Michigan State, where she immediately joined organizations like the Black Student Alliance and the NAACP. Currently a second year junior majoring in Economics with a minor in Political Science, Bri still comes back to help judge at tournaments when she’s in Chicago. “If I can’t be a part of the debate, I can still be a part of it through judging,” jokes Bri. More seriously, “I feel like it was a huge part of my life. Debate made me see the world. It not only opened up my eyes to systemic issues, it opened up opportunities I wouldn’t have had otherwise. I just want to give back to an organization that gave so much to me.”

Join Bri and the hundreds of other alumni who personally understand the value of debate with a gift today, then share why you #PayItForward!