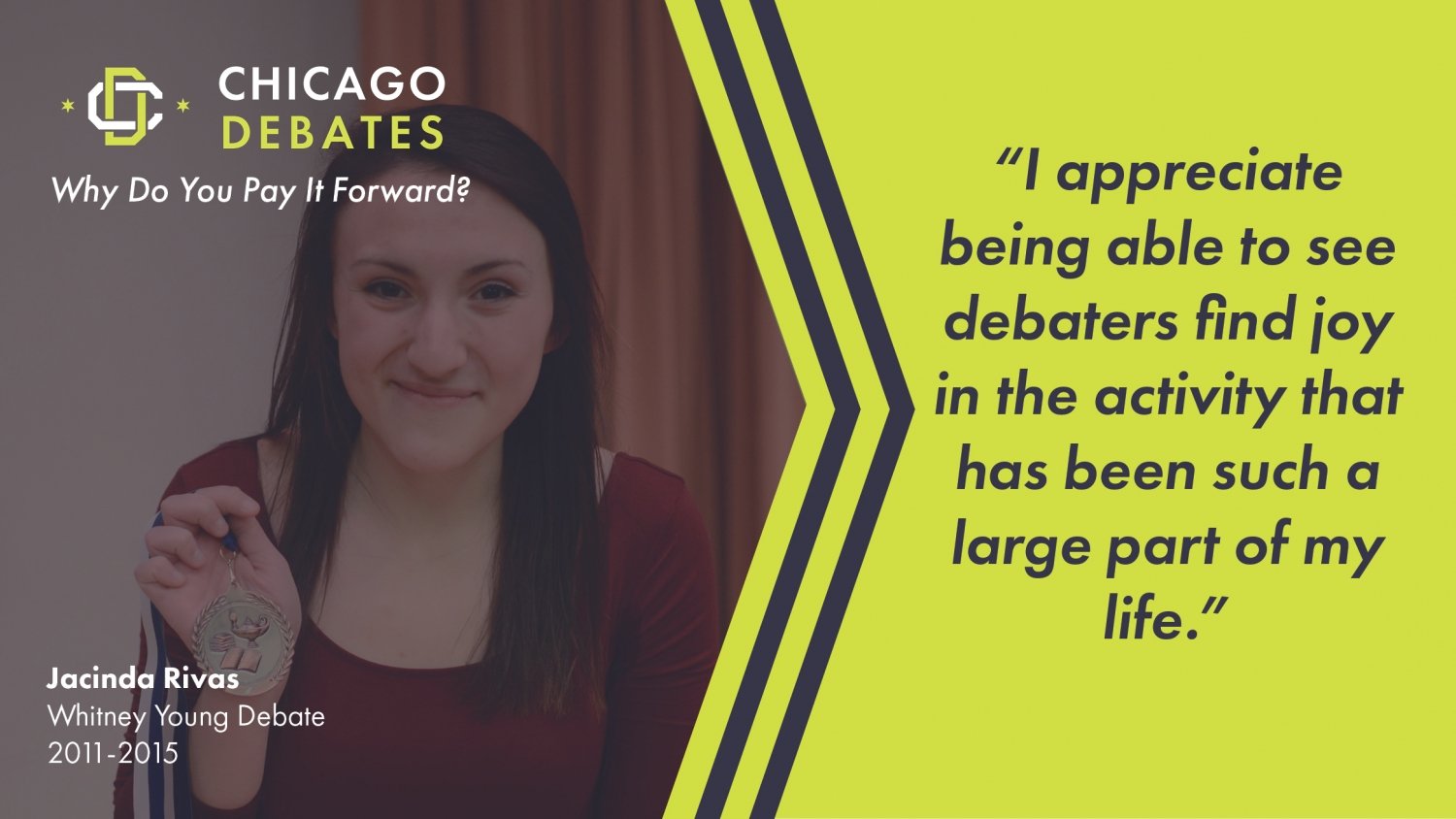 Jacinda Rivas joined Whitney Young debate after her best friend convinced her to be his partner. She didn’t know anything about the activity, except that she enjoyed to argue. Once she started getting more exposed to the different components of debate, along with the topics, she was hooked. She enjoyed learning about issues she wouldn’t normally have been exposed to. It made her think about things most people take for granted – like infrastructure – that ultimately influences everyone’s daily lives.

While the research was fun for Jacinda, it was the competitive aspect that really brought her out of her shell. “I was quite timid when I started, but it just made me more confident and it kept me in it. It allowed me to grow.”

The decision to come back and coach this year was never really a question. It had been built into the culture of the team. “[Whitney Young] debate has always been founded on alumni coming back to coach. We understand the need the team has, and we want them to succeed.” Jacinda sees coaching as an opportunity to not only pass on everything she learned in the activity, but to show the current debaters what is possible for them after debate.

Beyond a sense of duty, there’s something deeper that Jacinda gets from coming back to coach. “I appreciate being able to see debaters find joy in the activity that has been such a large part of my life. It’s not about the money, it’s making sure that more students from the school I attended can succeed.”

Join Jacinda and hundreds of other alumni who understand the value of debate with a gift today, and then share why you #PayItForward