Ulric Shannon Imagines a World with Debate in Every Chicago School 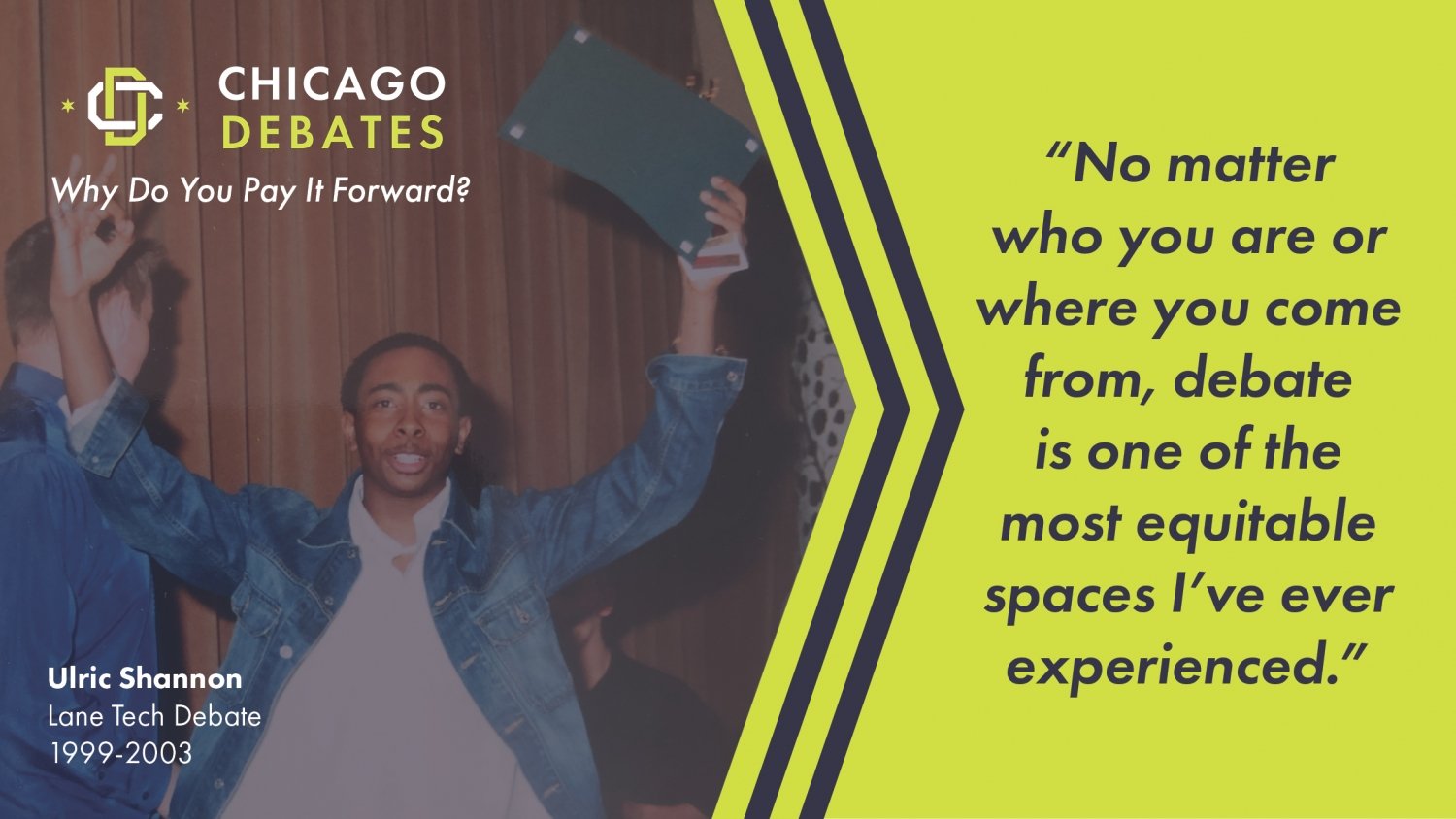 When Ulric Shannon started school at Lane Tech, he was overwhelmed by the size of the school and intimidated by the other students. He felt nervous and out of place as a Black kid coming to a selective enrollment school from a poorer neighborhood. He needed a place he could channel his energy, build his confidence, and find community. It didn’t take long for him to find all of that in debate.

“No matter who you are or where you come from, debate is one of the most equitable spaces I’ve ever experienced,” said Ulric reflecting on his time in the activity. “It didn’t matter who I was debating, we were both going hard every round. It just gave me a different level of respect for students from around the city.”

Since returning to Chicago after college, Ulric has dedicated his free time to organizations that work to ensure students with backgrounds similar to his own get the same opportunities he had. That dedication includes sitting on the Associate Board of Chicago Debates and volunteering at tournaments as a judge.  While some things have changed (less paper, more laptops), the space it provides for students has remained the same. “It gives me hope for the future that so many students are engaging with current events and policy. Specifically, for a city like Chicago where there’s so much negative news, it’s good to see young students who will be able to take that passion and engagement into college and their careers.” Not to mention, Ulric notes, “they take feedback better than adults!”

Ulric looks forward to the day where every school in Chicago can offer debate, making it just as popular as basketball or football. He points to US Senators and Presidents who were debaters in high school, and hopes one day Chicago will be able to claim debaters from the city with that same level of success. What it boils down to for Ulric is empowering students “to go into worlds where not everyone looks like them, and to have the confidence to assert their opinions and world views. They’re able to show what people from Chicago can do.”

However, it’s going to take more people like Ulric who are willing to support the organization to make it happen. Join him with a donation today, and share the reason you #PayItForward!