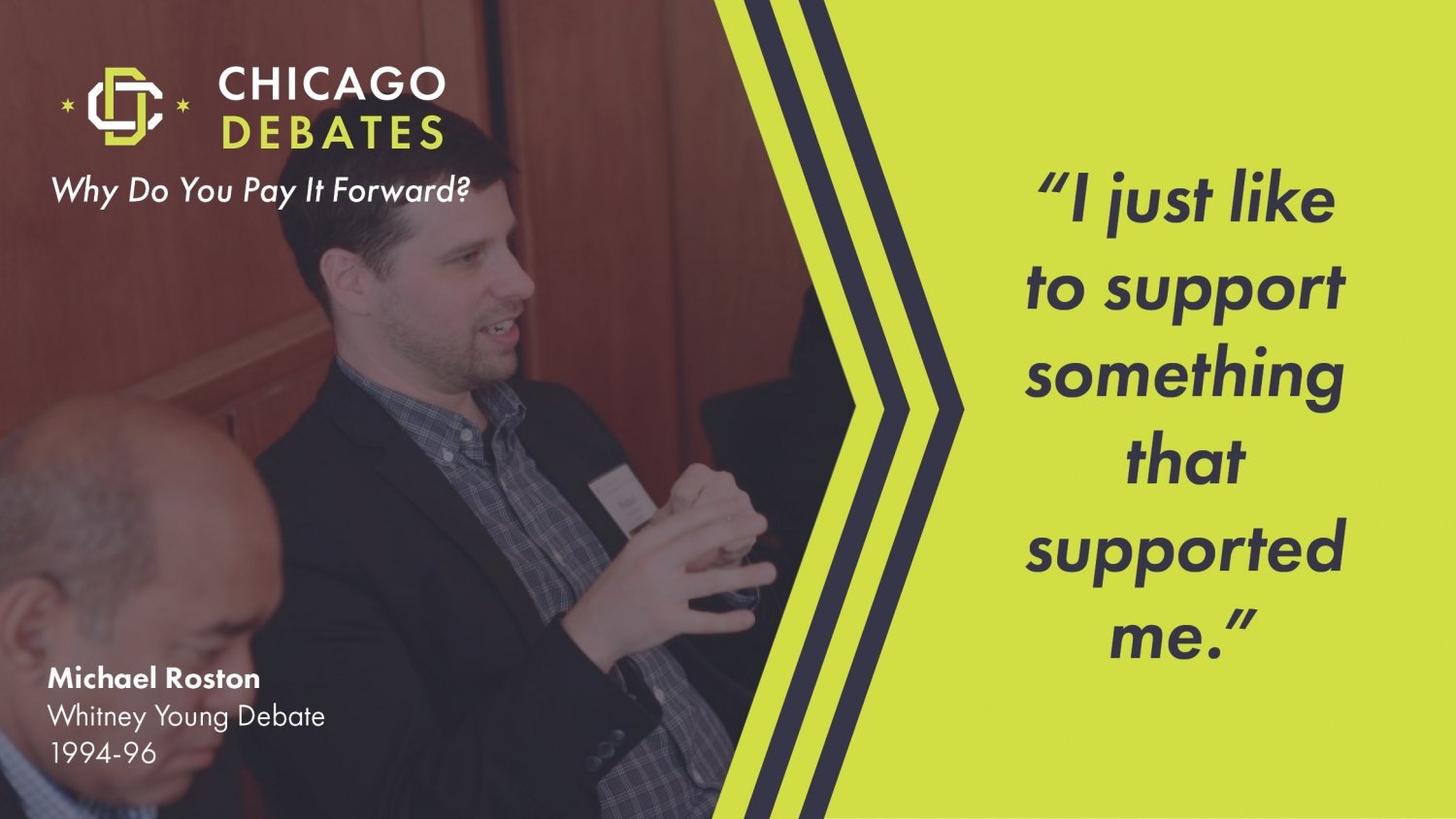 Former Whitney Young Debater on the Importance of Paying It Forward

Michael Roston began debate in 1994 at Whitney Young High School, before our partnership with Chicago Public Schools in 1997. That meant that Michael and his teammates, led by Chicago Debates’ founding Director, Les Lynn, participated in suburban debate tournaments.  According to Michael, while the suburban circuit sometimes made them feel like “square pegs trying to fit into round holes,” the reasons he stayed engaged were not very different from the reasons cited by today’s debaters.

While there were other activities Michael could have gotten involved in, there was just something exciting about debate. It gave him a team filled with smart and interesting people, like former City Treasurer Kurt Summers, CTU leader Jackson Potter, and Chicago Debates board member and Cushman & Wakefield Associate General Counsel, Kesner Bienvenu. It gave him a space to explore current events and politics, along with access to adults who were supportive of him and his team’s development. It also opened up his world to possibilities he’d never imagined and gave him the self-confidence that he could accomplish hard things if he put his mind to it.

Currently, Michael is a senior staff editor for the science department at the New York Times and is still using his debate skills daily. “I work in this very intense media environment, and you have to think of different ways to tell a story. Debate helped me to know how to structure an argument, which is essentially storytelling. You have to keep digging into things. There’s the initial skin deep level of an idea, but if you dig under that idea you find the most illuminating stories.”

Michael continues to give back to Chicago Debates as a donor. “I just like to support something that supported me.” But, dig a little deeper and you find another illuminating reason. “Having as many routes as you can to help pursue a future you want, that’s a powerful thing. Some people are very privileged to have a lot of those routes, but too many have their choices limited. Debating is one of those things that creates another opportunity for people.”

If you’d like to join Michael and Pay It Forward, donate HERE. Then, share on social media why you #PayItForward and tag @ChicagoDebates!