You are here: Home1 / Robb Berry 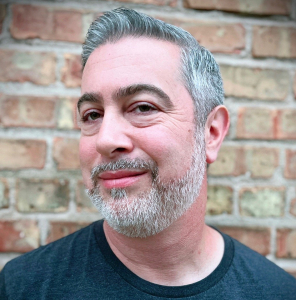 Robb Berry has taught English at Northside College Prep HS since 2005. He was roped into creating Northside Debate in the fall of 2006 with no debate experience and ran the program through the 2016-17 school year, after which he transitioned into an assistant coaching role. Northside Debate has seen departing seniors win multiple awards and scholarships (including full rides for debate) and has seen one senior win the 2016 NAUDL Urban Debater of the Year; the program has regularly qualified for the Tournament of Champions, won nine city championship trophies, and earned the Illinois state title in 2021. During his tenure Berry spent 2010-2017 as a peer-elected member of the Chicago Debate League’s Coaches Council, and won the league’s Golden Gavel award in 2012-’13. Beginning in 2015 he coordinated national circuit travel for CDL schools until the 2020 COVID shutdown; starting in 2012 he directed tournaments for the RCC, and helped both the conference and the league modernize tournament operations and judging. Berry is proud to accept this recognition for rising to meet the demonstrated desire and effort of an untold number of CDL debaters, parents, supporters, and fellow teachers and coaches whose names may not be heard tonight.