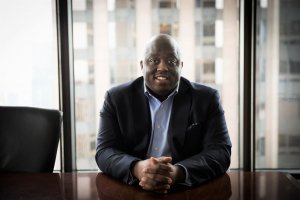 In 2016, Mitchell joined the Illinois Justice Project (ILJP), a policy reform organization dedicated to supporting people, programs, and policies that can reduce inappropriate incarceration, improve community safety outcomes, and increase justice in the legal system. Mitchell became Director of ILJP in 2019 and solidified its reputation as one of the state’s leading criminal justice reform non-profits.

During his tenure as Director, ILJP helped lead the Coalition to End Money Bond’s successful effort to outlaw wealth-based pretrial incarceration in Illinois. ILJP also worked with partners to convince the state to direct 25 percent of cannabis tax revenues towards treating the root causes of community harm.

Mitchell has a bachelor’s degree from Illinois and law degree from DePaul. He grew up and resides on the south side of Chicago and is a proud Chicago Debates alum.