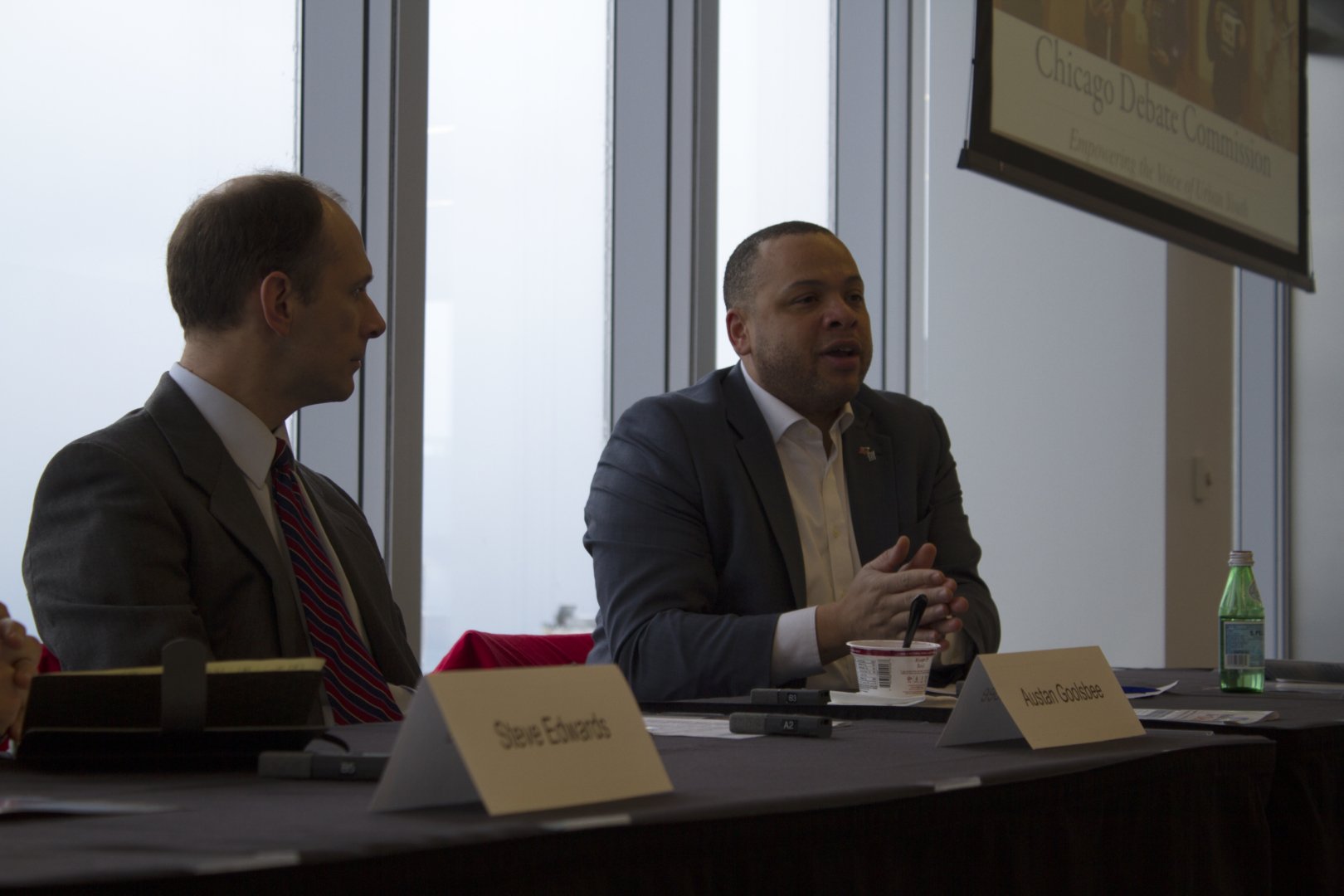 On March 14, 60 hearty Chicagoans braved the snow to hear civic leaders Kurt Summers, Treasurer of the City of Chicago, and Austan Goolsbee, Professor of Economics at University of Chicago and former Chair of the Council of Economic Advisers under President Obama. Treasurer Summers and Professor Goolsbee engaged in conversation on the status of urban economies. Their dialogue was moderated by Steve Edwards of the Institute of Politics at University of Chicago.

Among the key takeaways:

Treasurer Summers was on one of the very first debate teams in Chicago, at Whitney Young High School, He said that debate ignited his passion for learning, and showed him he was capable of competing with anyone at any level. Professor Goolsbee credited high school debate as the most important activity in his high school life – and the most relevant to his professional work.

Other speakers included Amanda Amert, CDC Board member and Jenner & Block Partner, who hosted the breakfast event; Lucia Hernandez, CDC staff member and alum, who spoke about the impact of debate on her life; Edie Canter, Executive Director of the CDC; and Kesner Bienvenu, General Counsel of the Illinois Medical District and Co-Chair of this year’s Make Room for Debate luncheon. Mr. Bienvenu, who was on Treasurer Summers’ debate team at Whitney Young High School, talked about the impact of debate in showing the intellectual potential and sparking the academic interest of young men like himself. He announced his goal to make this year’s luncheon the best fundraiser yet and encouraged everyone to participate as sponsors, host committee members or donors. You can find more information about Make Room for Debate, honoring David Axelrod, here.