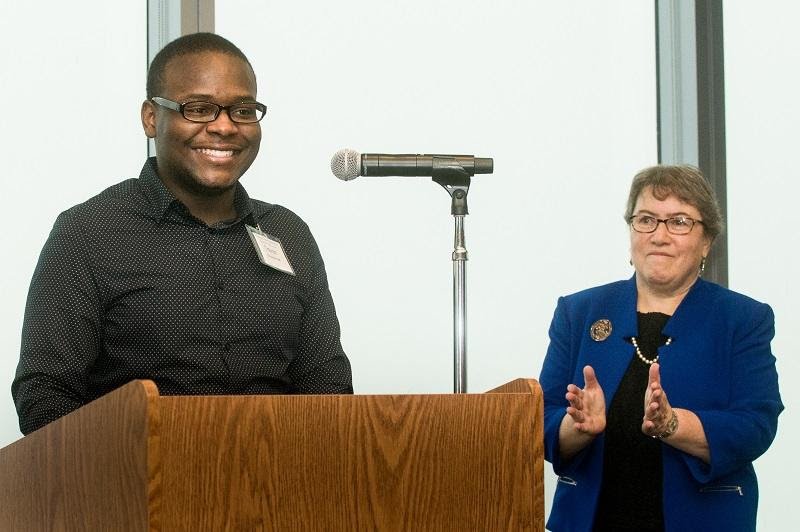 Meet this impressive senior who is captain of Lindblom Debate

Trey found debate in sixth grade – not by choice, but as punishment for bad behavior in class. However, it did not take long for him to realize how life changing debate can be. “Before debate, I saw no bright future for myself. I had bad work ethic, low motivation, and I was scared to engage with other people because I was continuously bullied,” Trey reflects. “It was when I joined debate that I saw things turn around.”

Debate gave Trey skills that helped him improve in each of his classes. In English class he improved his research and writing. In history, debate helped him annotate and analyze dense readings. He still remembers how accomplished he felt when his sixth grade English teacher told him how his argumentative essays had become more advanced and persuasive. “Debate helped me realize that I am worth the investment in myself.”

Now as the captain of his debate team, Trey is continuing a legacy his predecessor started, lovingly dubbed The Invasion of Lindblom Debate. “Our goal is to show the world what urban debate leagues can do. We can compete on the national circuit, proving that we can produce the same quality work suburban leagues achieve with far less help, thanks to a competitive fire that drives us.”

With his goals as debate captain accomplished, Trey is focused on the next chapter of his life: college! He is deciding between Wake Forest University, Loyola University Chicago, and University of Illinois Urbana-Champaign. He plans on applying his love of math to a career as a CPA, helping businesses make the smartest moves. “The confidence I have gained to speak to people through debate, along with my ability to do research, will help guide me to give the best advice I possibly could.”

Trey says “the experiences I gained in debate have been a once in a lifetime opportunity, and I would not trade any of it for the world.”