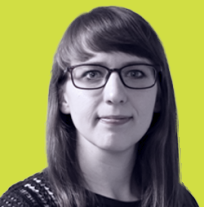 As the Senior Program Officer for School Support, Flynn is known as the CEO of tournament operations and ensuring they run smoothly, our two-week summer debate camp, the Core Files, as well as developing, teaching, and improving debate curriculum. Additionally, as part of the programming staff, Flynn supports and empowers teachers to coach debate by working closely with them and their students to prepare for competitions, learn public speaking and argument skills, develop critical thinking and advocacy skills, and grow community.

Teaching and coaching policy debate is Flynn’s passion, and they are excited to continue their work with Chicago Debates to help achieve the vision and mission of the organization. As a prior debater from the Chicago area who received a scholarship to debate in college for the University of Texas at Austin where they received a B.A. in History focusing on African and African Diaspora Studies and Women and Gender Studies, Flynn feels strongly about the value of debate as a tool for addressing educational inequity.

In the past, Flynn has worked closely with Chicago Debates as a Tab Director for many tournaments across different conferences. Additionally, they served as the Co-Director for the Chicago Middle School Debate Summer Institute and the Chicago Debate Summer Institute in the summer of 2018, a camp that served close to 200 students, where they developed curriculum for a new debate-every-day track that helped new students rapidly develop their debating skills.

From 2016-2018, Flynn worked as a debate teacher in Shenzhen, China for middle and high school students. They developed innovative curriculum and lesson plans to effectively communicate debate concepts to non-native English speakers. They also trained judges and coaches with no prior debate experience how to effectively work with students. Their efforts resulted in multiple students qualifying for and attending national championships in the United States, in addition to earning scholarships to universities in the United States.

Flynn has also worked as a policy debate coach for numerous high schools and universities across the country. They has coached students at every level to achieve their goals, whether that be winning a single debate or winning national tournaments.

As a debater, they won the Illinois State Tournament, and in high school and college reached at least the top 10 at every national tournament. They is also a member of the History national honor society, Phi Alpha Theta.

In their time away from Chicago Debates, Flynn loves to run, play board games, spend time with their family, and volunteer through their church.